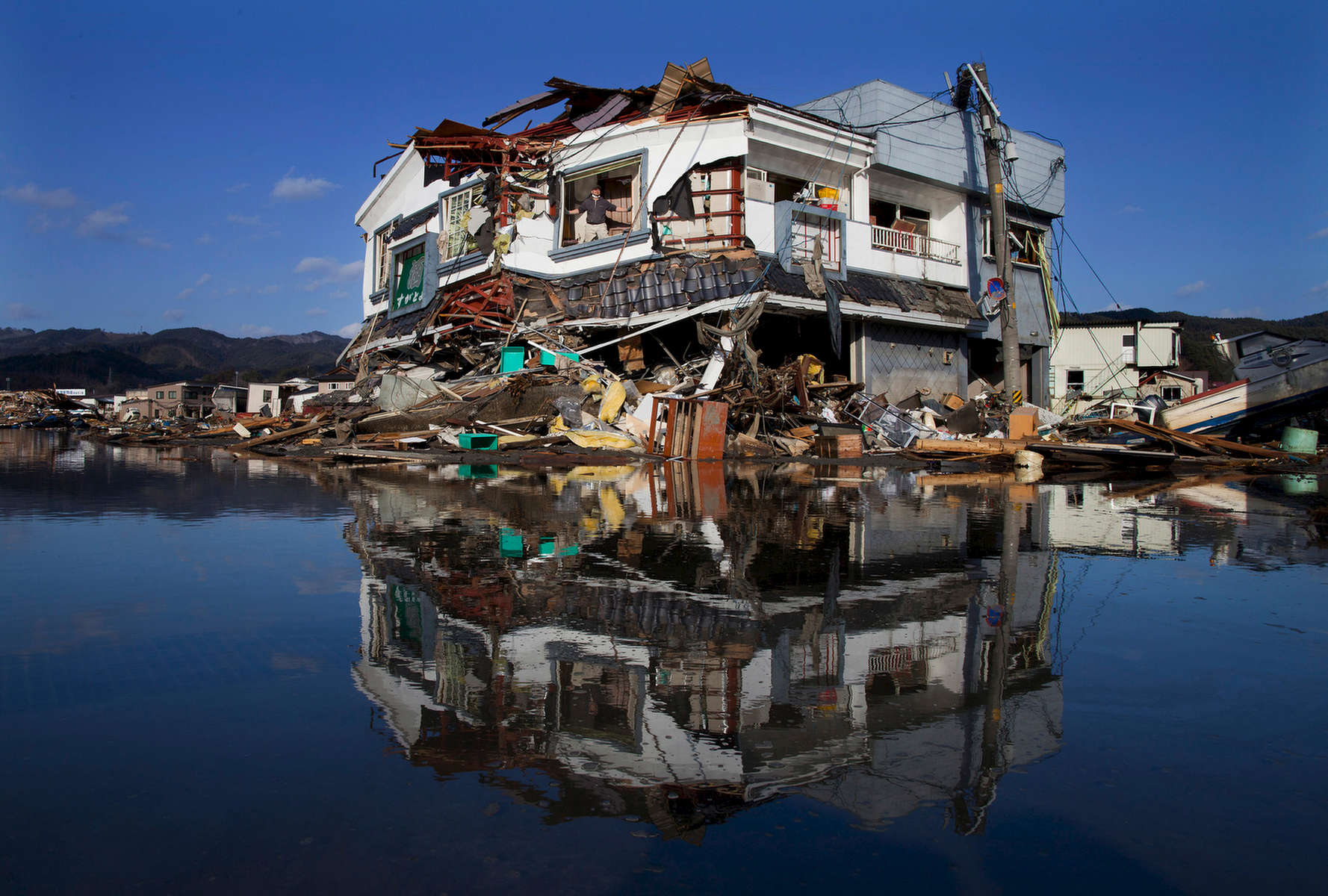 
Toyoki Sugawara looks out from his destroyed liquor shop where he is collecting the items he can salvage March 18, 2011 in Kesennuma, Japan. One of the world\'s most developed country suffered it\'s worst natural disaster as a strong 8.9 earthquake followed by a Tsunami hit the north-central coast of Japan, killing thousands, followed by a potential nuclear meltdown after the country\'s major nuclear plant was seriously damaged from the quake.