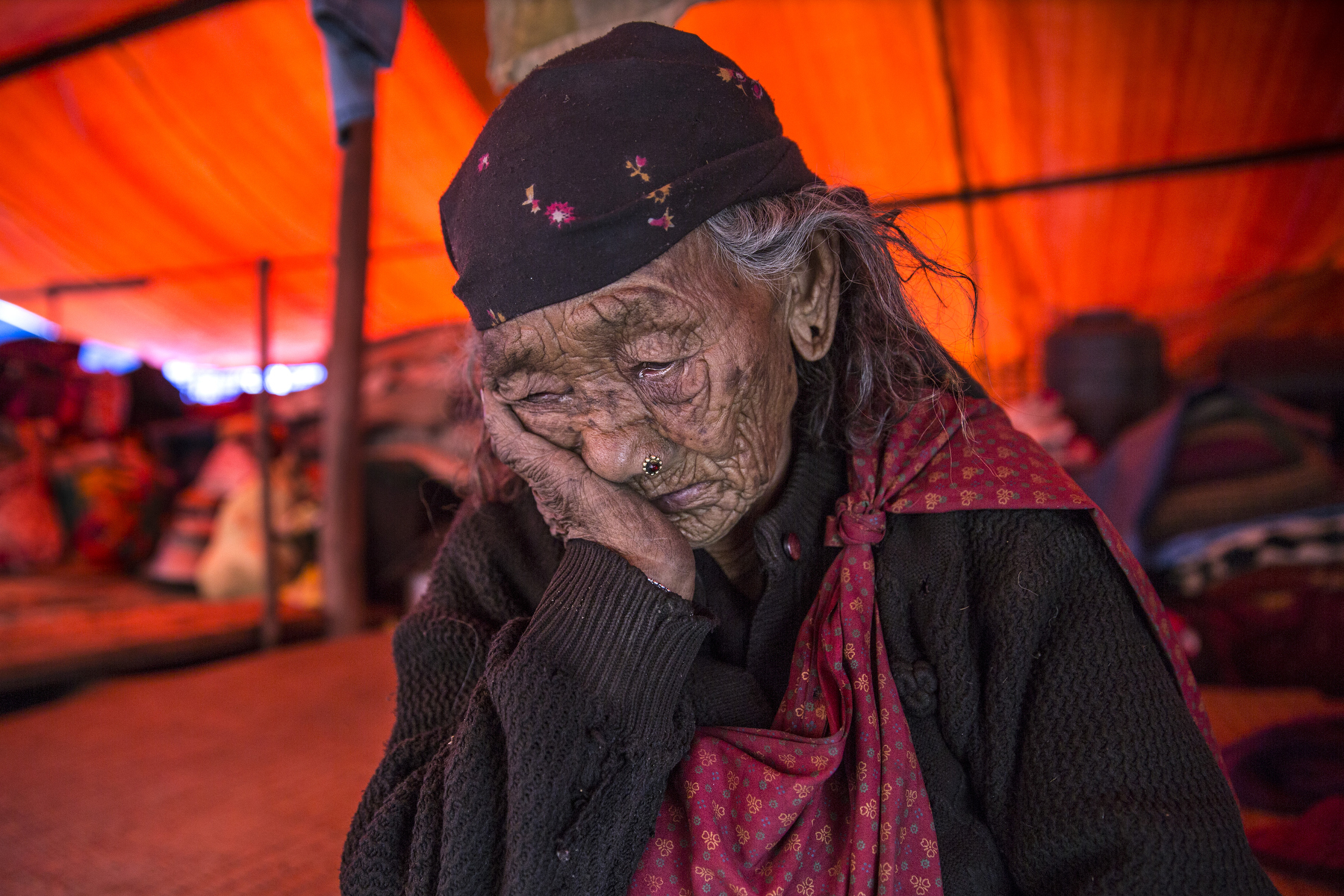 
BARPAK, NEPAL -MAY 1, 2015:. 99 year old Kalimaya Gurung rests under a tarp as her family clears debris in their homes. She refuses to leave her village, she was born in Barpak and chooses to die there. In Barpak 60% of the village has been destroyed. The village is amongst the largest in Gorkha province with a population of around 10-12,000, 57-60 died. So far almost 6,000 people have died in Nepal\'s worst earthquake in 80 years. (Photo by Paula Bronstein/ for the Wall Street Journal)