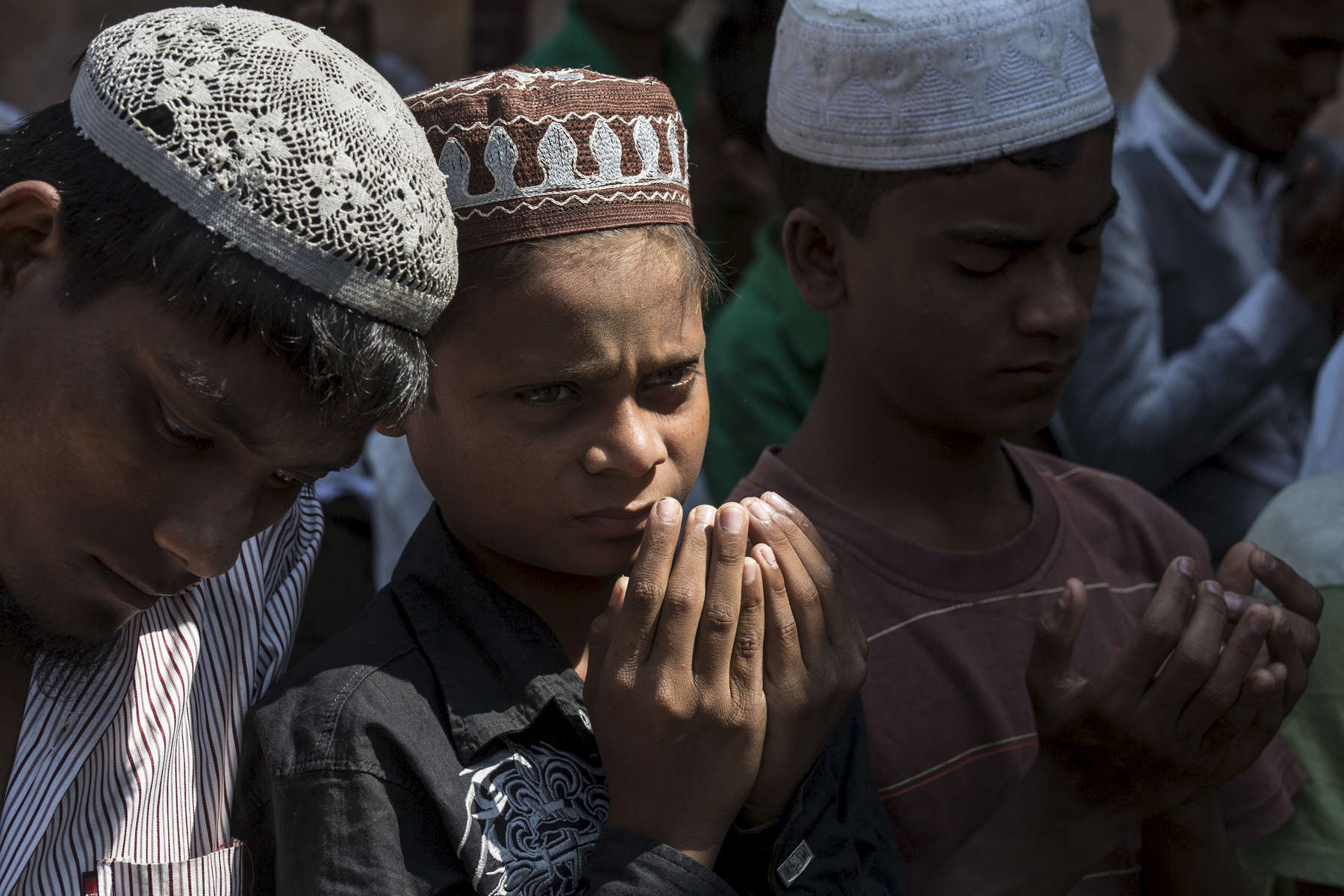 SITTWE - MARCH 6: At a local mosque men and boys join in Friday prayer, a very important weekly practice for the Muslim Rohingya at the IDP camp. In 2012, sectarian violence between the Rohingya, who are Muslim and ethnic Rakhine Buddhists killed at least 200 people and made 140,000 homeless, most of them are Rohingya.