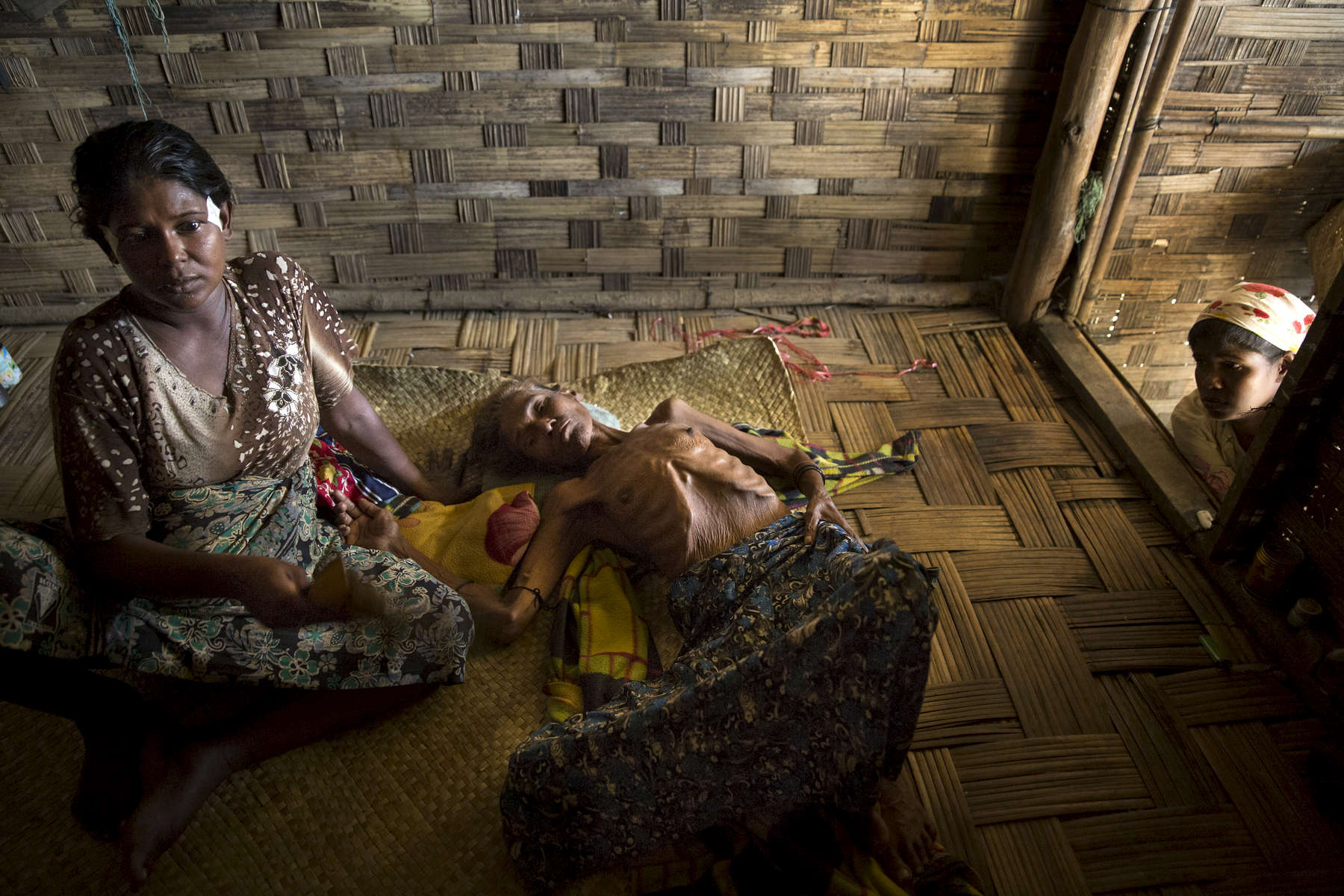 SITTWE - NOV 9: At the Baw Du Pha IDP camp Mosboba Hatu age 60, is held by her daughter Roshida,35. According to the family, Mosboba Hatu has not eaten solid food in a few weeks, she is only taking in fluids. Her daughter says she has TB but there has been no final tests done to prove her illness. The family claims that they don\'t have the money to travel to the clinic to have the proper medical tests done. Health care continues to be an ongoing problem for the Rohingya as most can only get just basic treatment, for many their illness gets worse and in some cases become serious.