AFGHANISTAN: The Silent Victims of a Forgotten War: warwounded_afghanistan26 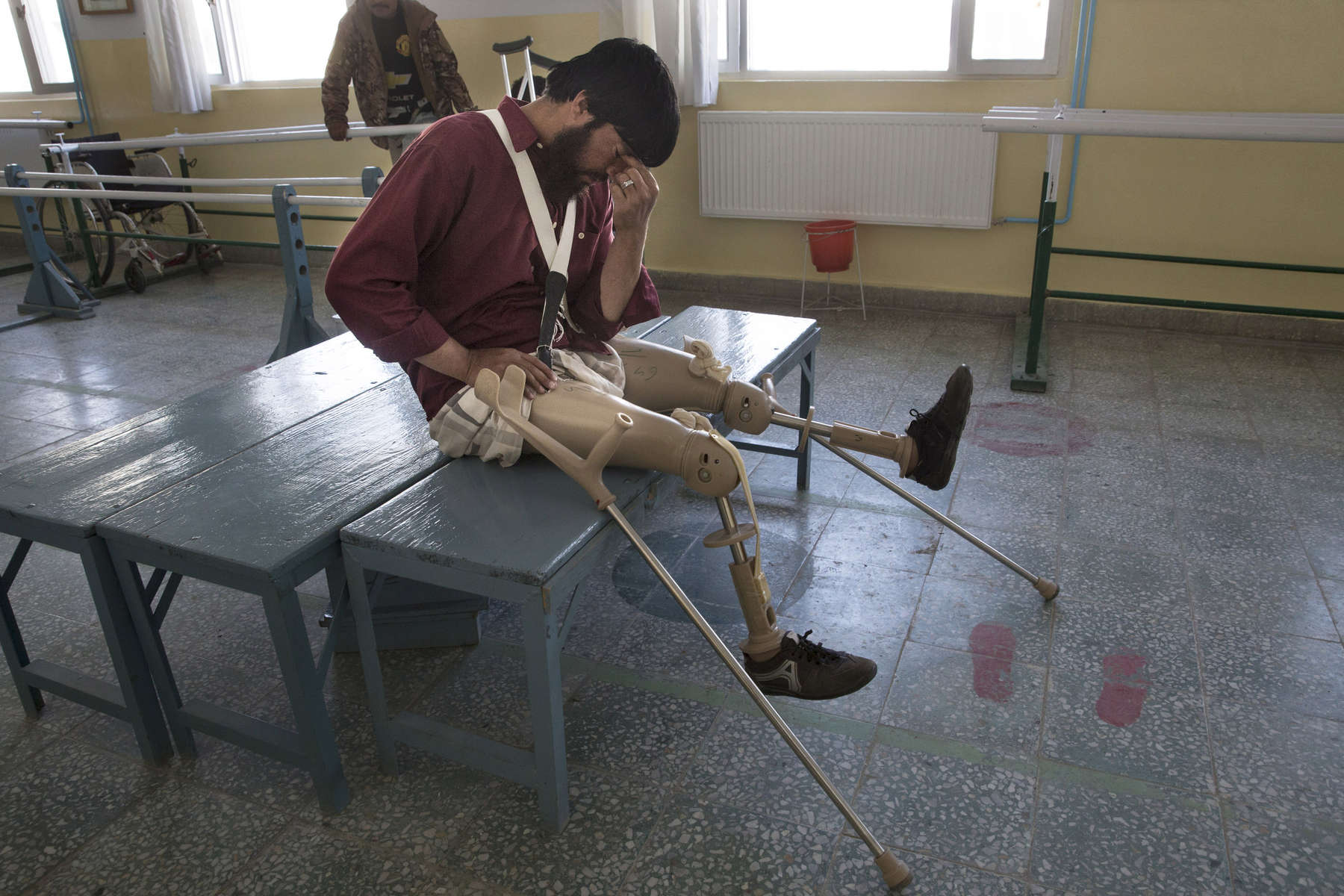 KABUL, AFGHANISTAN -MARCH 26, 2016: At the ICRC Orthopedic center Mohammad Saber,25, who lost his legs from a bomb blast rests after practicing walking on his new prosthetics Kabul on March 26, 2016.