AFGHANISTAN: The Silent Victims of a Forgotten War: warwounded_afghanistan25 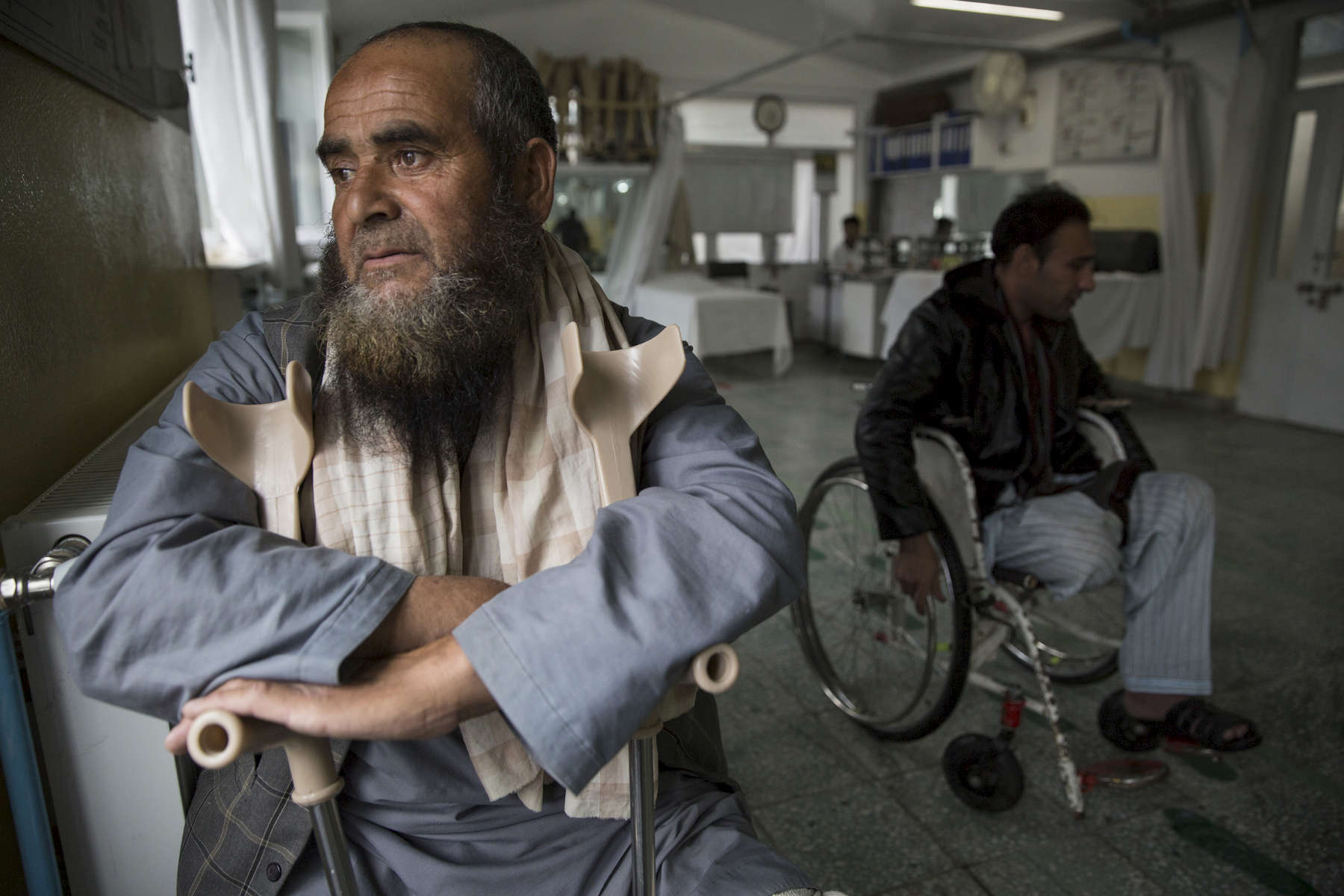 KABUL, AFGHANISTAN -APRIL 2, 2016: Abdul Ahad, a double amputee from a mine explosion in Ghazni rests after a day of walking on his new prosthetics.

At the ICRC Orthopedic center disabled ANA military patients get their new prosthetic aligned by a orthopedic therapist. Every year the UN comes out with their report documenting the unfortunate carnage from America’s longest and most costly war in history. Along with the price tag estimated in the hundreds of billions, the human toll from a 2015 UN Assistance Mission To Afghanistan (UNAMA) report stated the number of Afghan civilians killed and wounded surpassed 11,000.