AFGHANISTAN: The Silent Victims of a Forgotten War: warwounded_afghanistan24 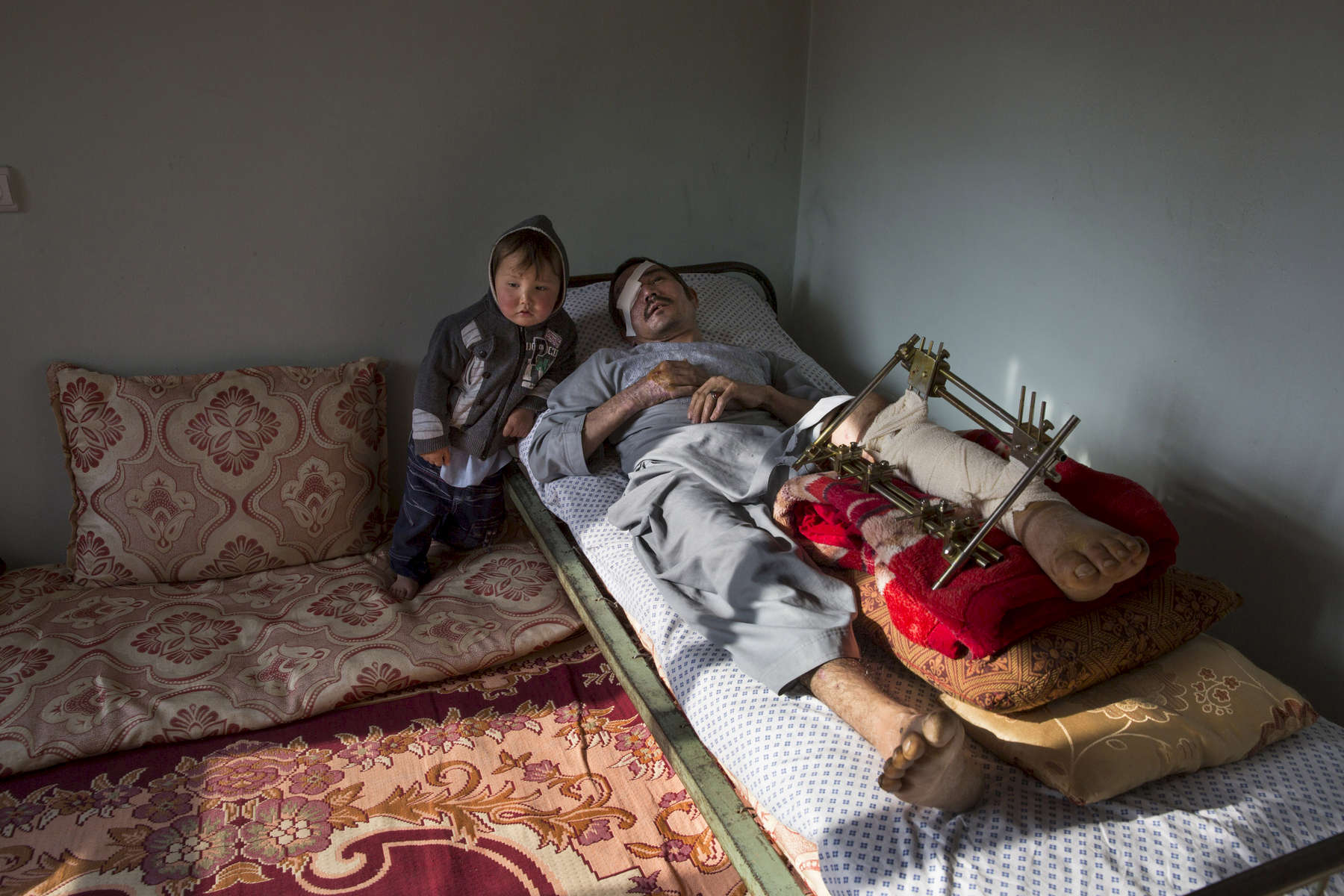 KABUL, AFGHANISTAN -APRIL 9, 2016: Abdul Hussain Ayoobi, is seen at home with his son Ali Akbar, 3, who is trying to understand why his father hurts so much all the time. Abdul, a carpenter was one of the seriously wounded victims for Tolo TV. The employees had finished a day’s work at Tolo TV, one of Afghanistan’s largest entertainment channels, when they boarded a company bus in Kabul that was rammed by a car driven by a Taliban suicide bomber. Seven people were killed and at least 25 wounded in the attack.