AFGHANISTAN: The Silent Victims of a Forgotten War: warwounded_afghanistan22 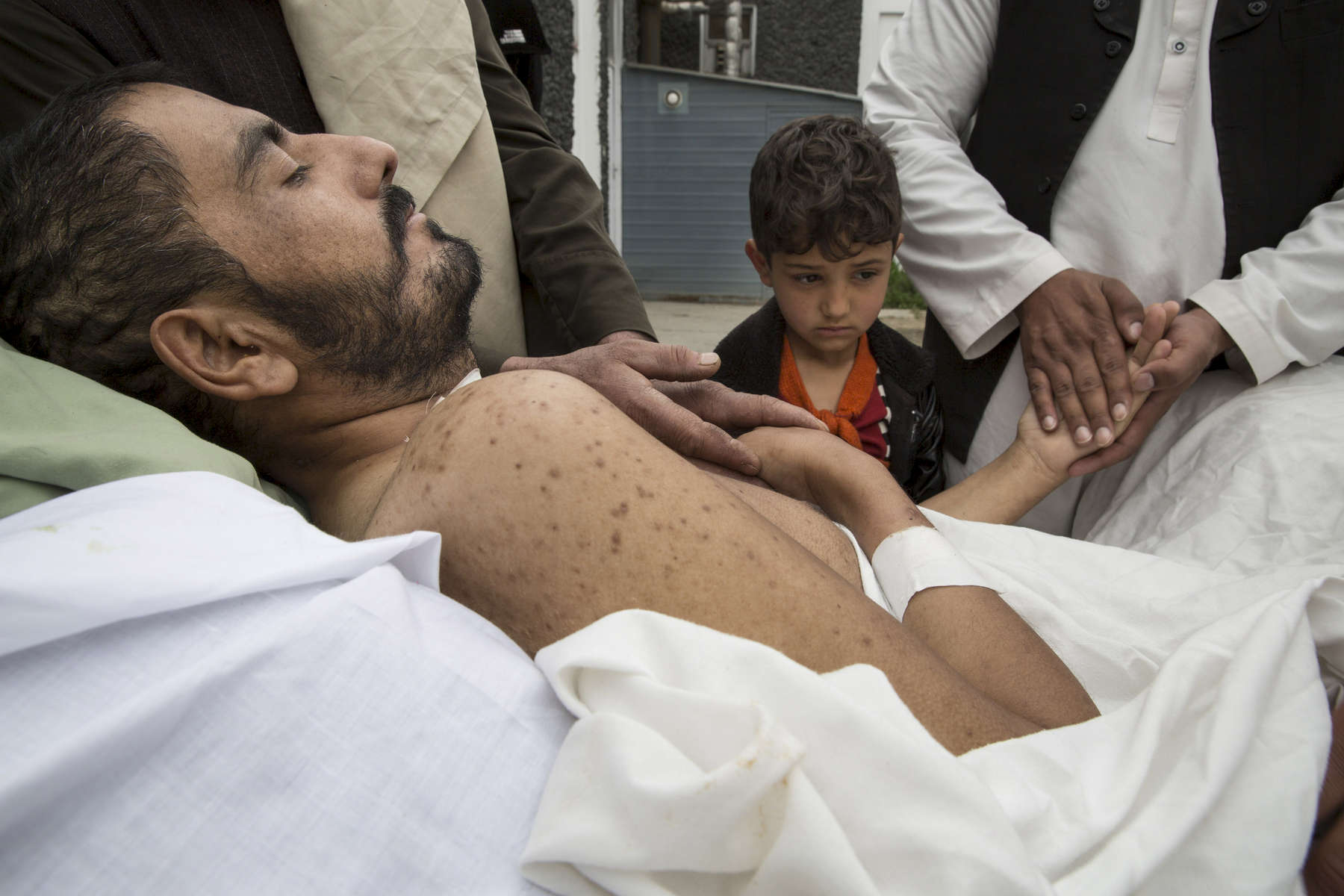 KABUL, AFGHANISTAN -MARCH 28, 2016: Khair Mohammed, 35, a paraplegic lays in bed outside his ward as friends and relatives visit him at the emergency hospital as his daughter Madina ,6, looks sadly at her father in Kabul on March 28, 2016. Khair just escaped death after taking 3 bullets to his abdomen and skull.