AFGHANISTAN: The Silent Victims of a Forgotten War: warwounded_afghanistan20 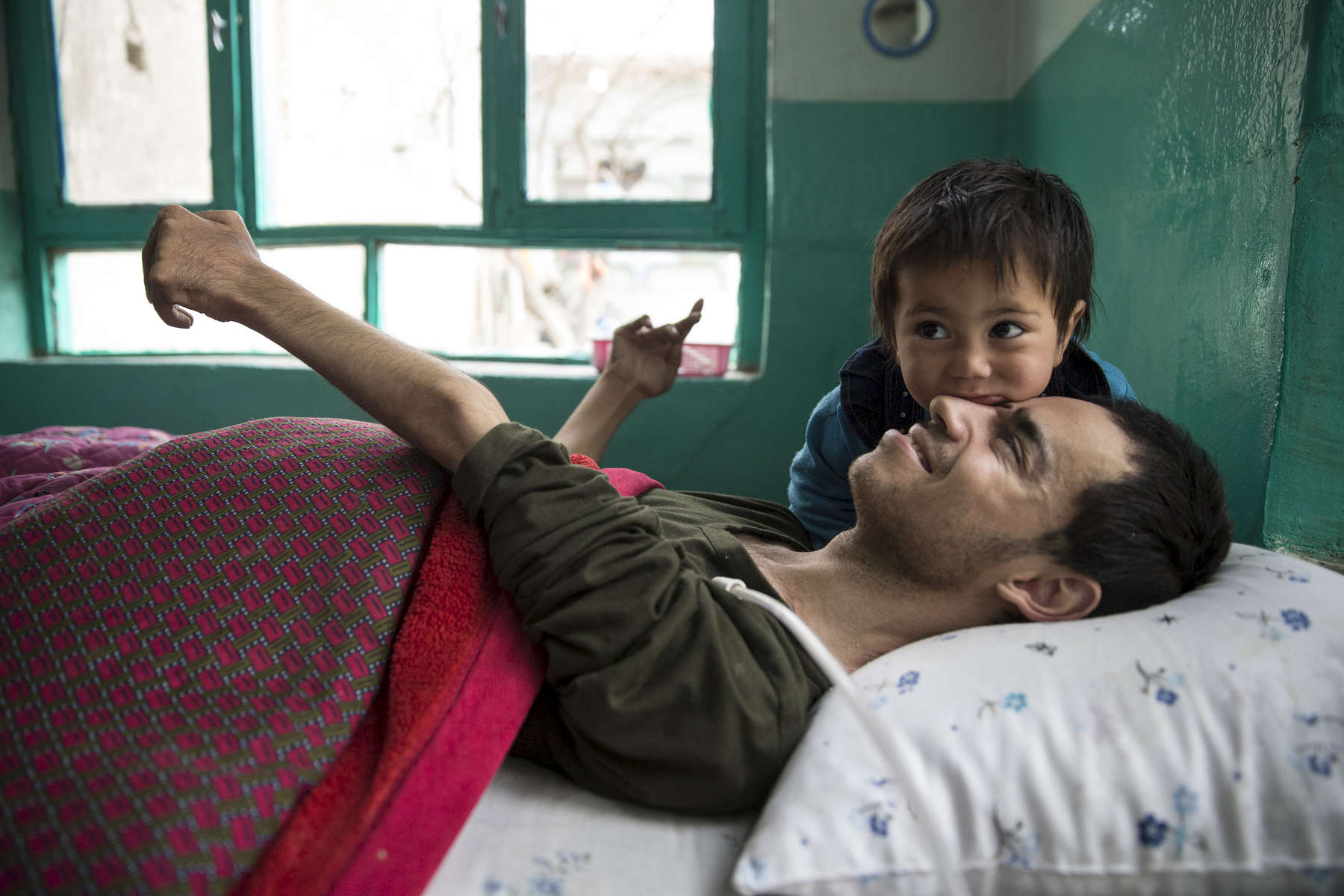 KABUL, AFGHANISTAN -MARCH 22, 2016: Khuja Fareed, 24, a quadriplegic enjoys some time with his niece Roksar, 3 and a half years, at his home in Kabul on March 22, 2016. He is now a quadrapalegic injured while delivering supplies to a military base truck driver for the US military until he was shot in the neck during fighting between the Taliban and the US military. With no financial help from the US military or the Afghan government Khuja depends on his family to care for him.