AFGHANISTAN: The Silent Victims of a Forgotten War: warwounded_afghanistan17 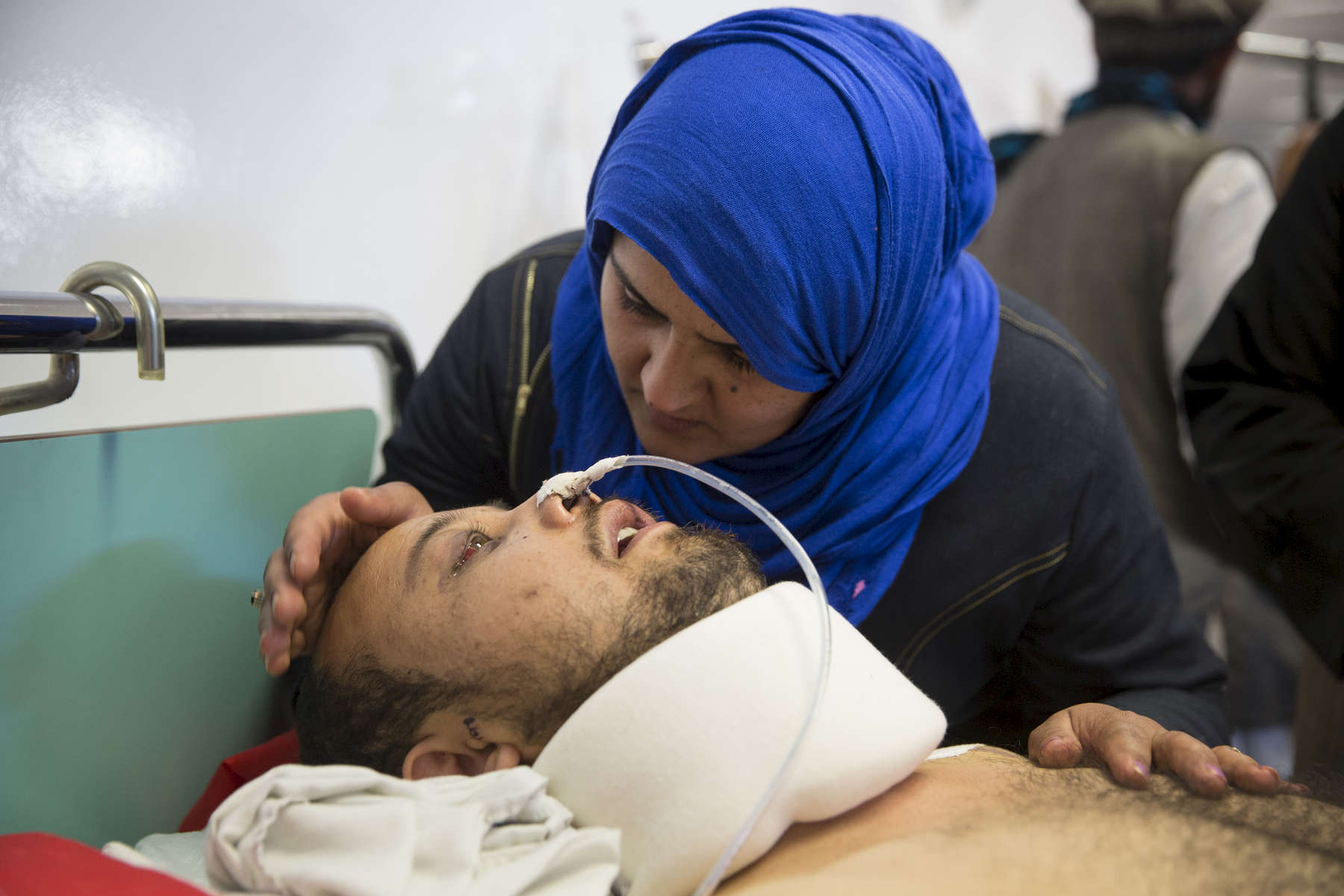 KABUL, AFGHANISTAN -MARCH 21, 2016: Azim, 25, a a quadriplegic who suffered bullet wounds to his face and shoulder gets visited by his wife Shokoria for the first time at the Emergency hospital in Kabul on March 21, 2016.