AFGHANISTAN: The Silent Victims of a Forgotten War: warwounded_afghanistan13 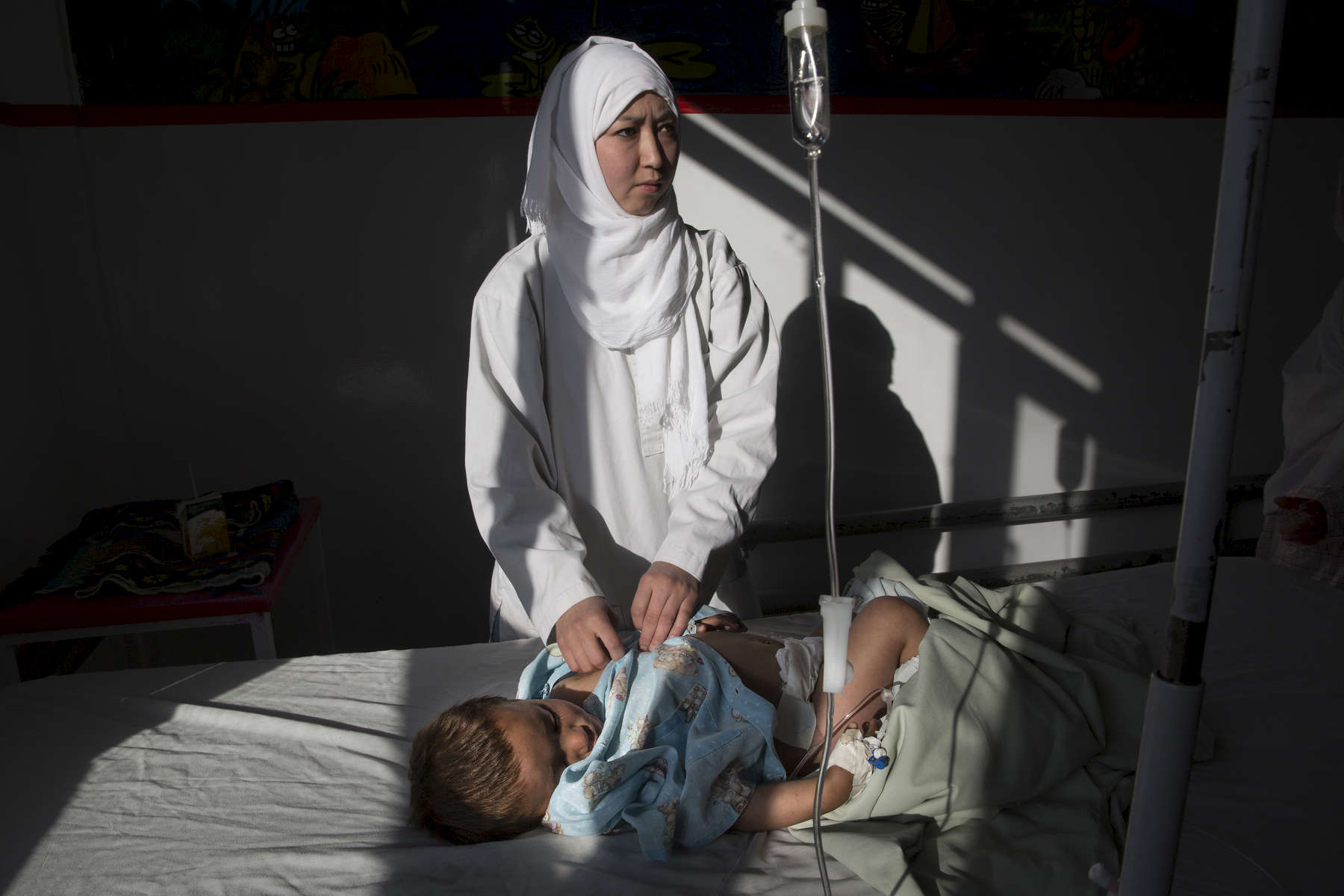 KABUL, AFGHANISTAN -MARCH 21, 2016: Karima Mehrabi, a pediatric nurse cares for an infant in the women and children's ward at the Emergency hospital in Kabul on March 21, 2016.