AFGHANISTAN: The Silent Victims of a Forgotten War: warwounded_afghanistan10 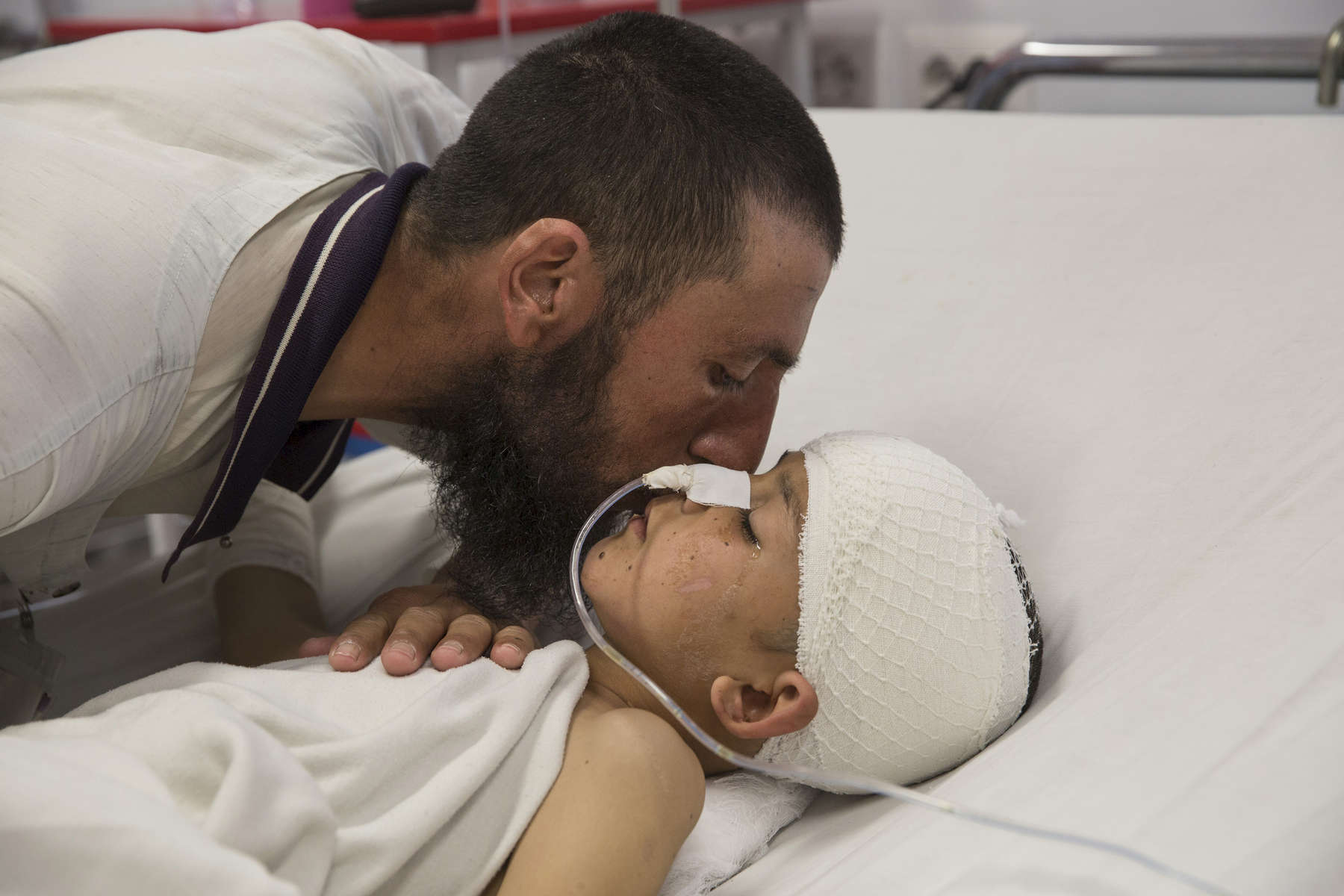 KABUL, AFGHANISTAN -MARCH 12, 2016: Abdul Kabir kisses his son Noor Ahmad, 8, who is unconscious with a severe brain injury from an improvised explosive device (shell injury) from Mazar-E-Sharif Kabul on March 12, 2016. His father was also injured but recovered.