AFGHANISTAN: The Silent Victims of a Forgotten War: warwounded_afghanistan06 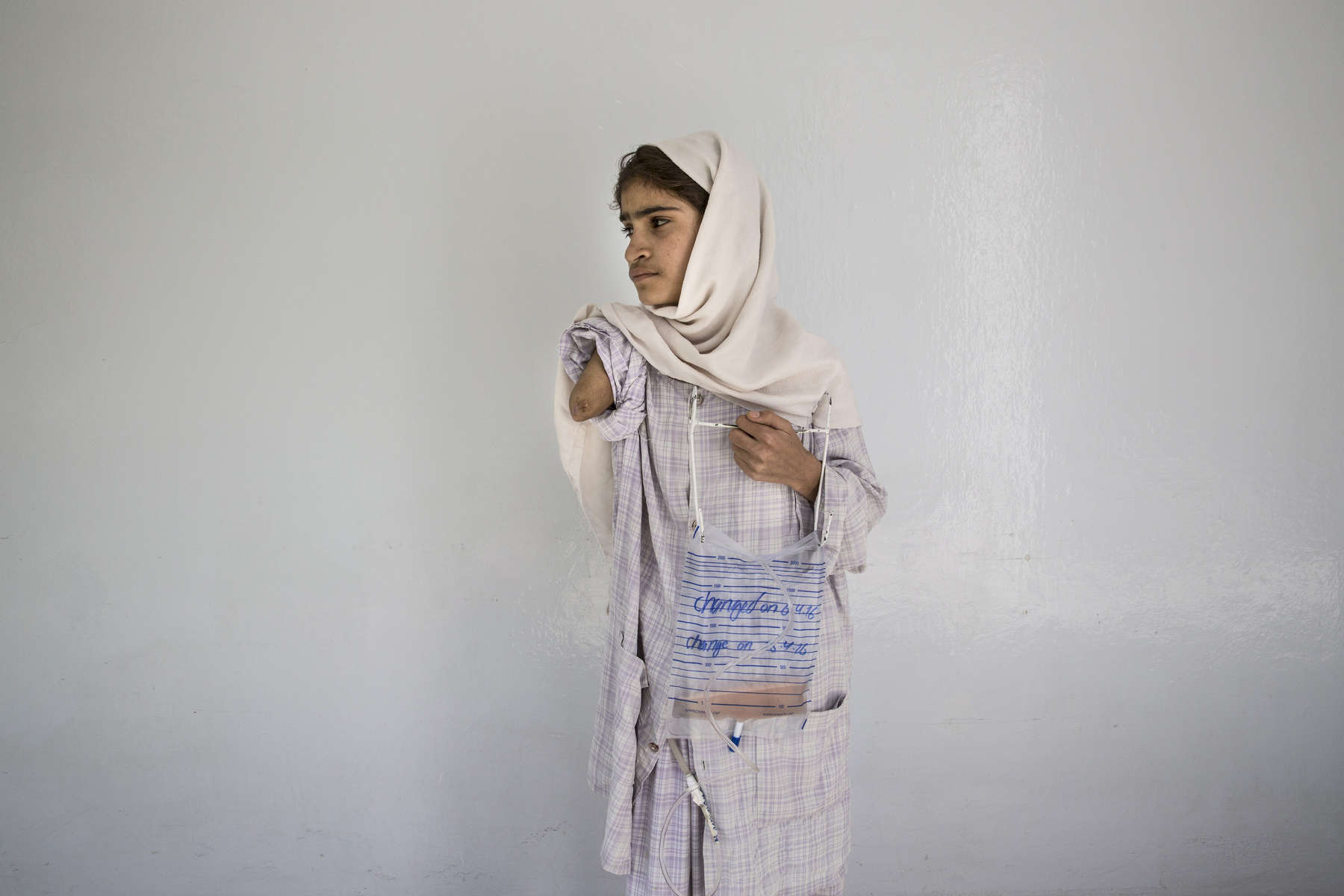 KABUL, AFGHANISTAN -APRIL 6, 2016: Madina, age 12, lost her arm, when a rocket hit her home in Paktia Kabul on April 6, 2016. She is recovering from an operation from complications with her pancreas at the Emergency hospital.