AFGHANISTAN: The Silent Victims of a Forgotten War: warwounded_afghanistan05 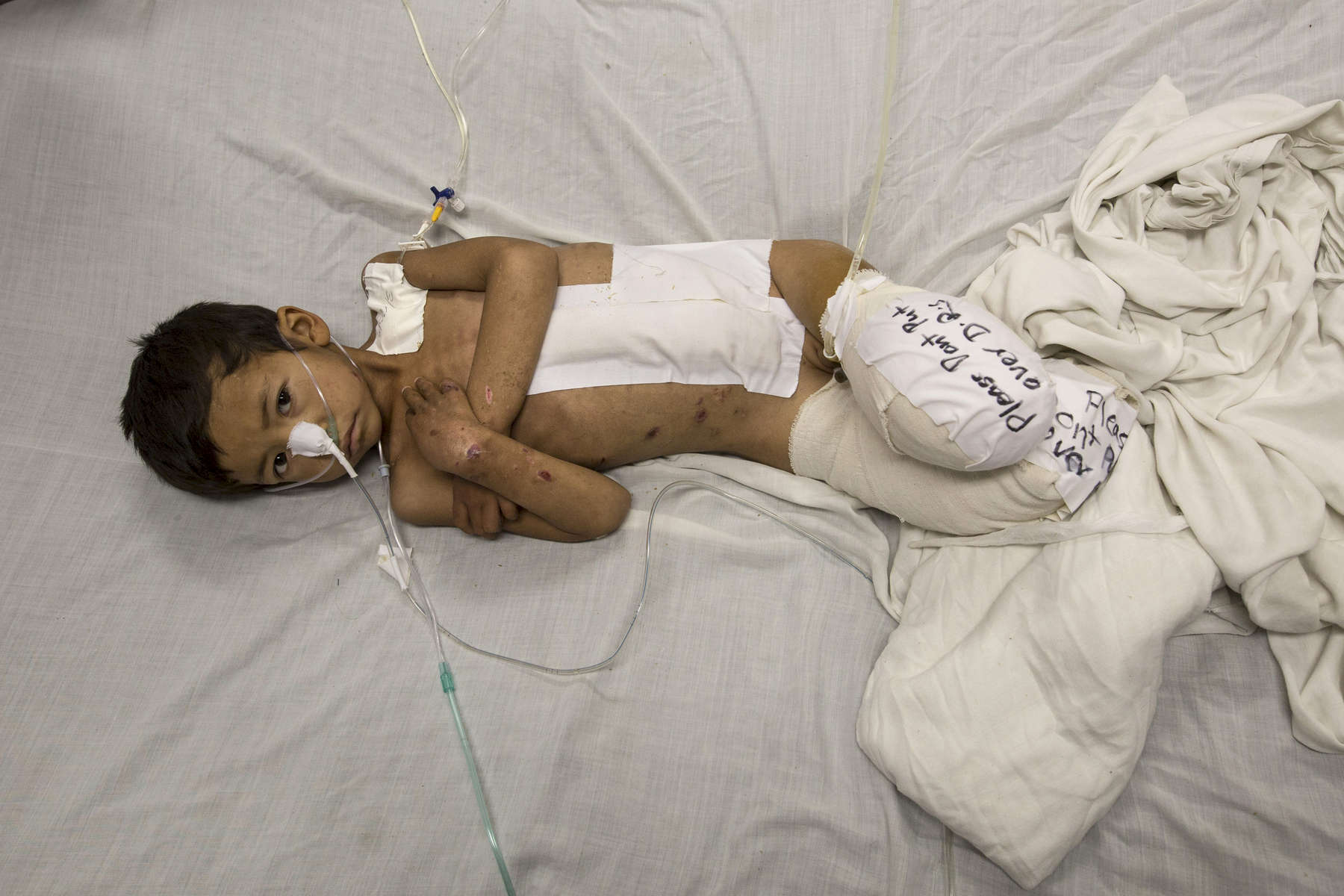 KABUL, AFGHANISTAN -APRIL 3, 2016: Kabir age 5, from Faryab lays in bed at the Emergency hospital in Kabul on April 3, 2016. He is a victim of a rocket attack, lost both of his legs along with his sister and brother who were also killed.