AFGHANISTAN: The Silent Victims of a Forgotten War: warwounded_afghanistan03 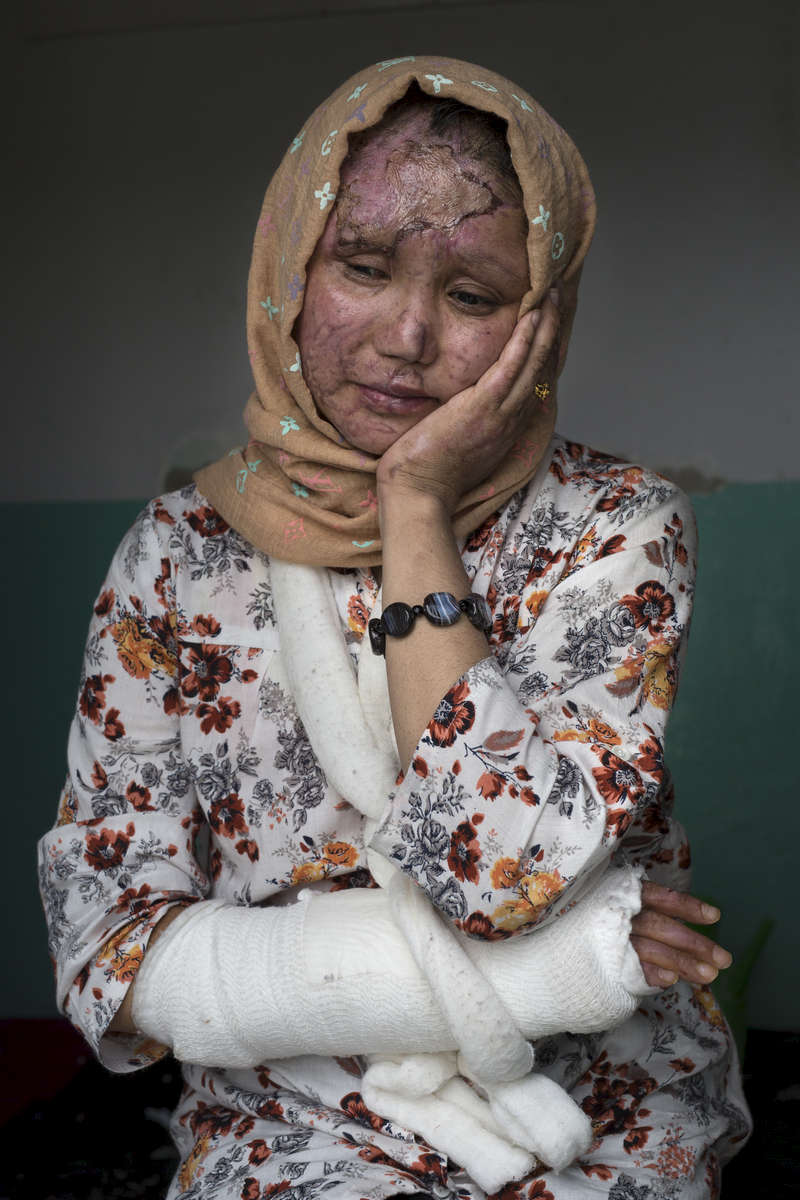 KABUL, AFGHANISTAN -APRIL 9, 2016: Razia Noorizada Didar ,30, was one of the seriously wounded victims that worked with Tolo for a decade. Razia has a lost sight in her left eye, and has several fractured bones, her face is scarred from burns and shrapnel. She says her life is shattered and she wants to leave Afghanistan. The employees had finished a day’s work at Tolo TV, one of Afghanistan’s largest entertainment channels, when they boarded a company bus in Kabul that was rammed by a car driven by a Taliban suicide bomber. Seven people were killed and at least 25 wounded in the attack.