AFGHANISTAN: The Silent Victims of a Forgotten War: warwounded_afghanistan01 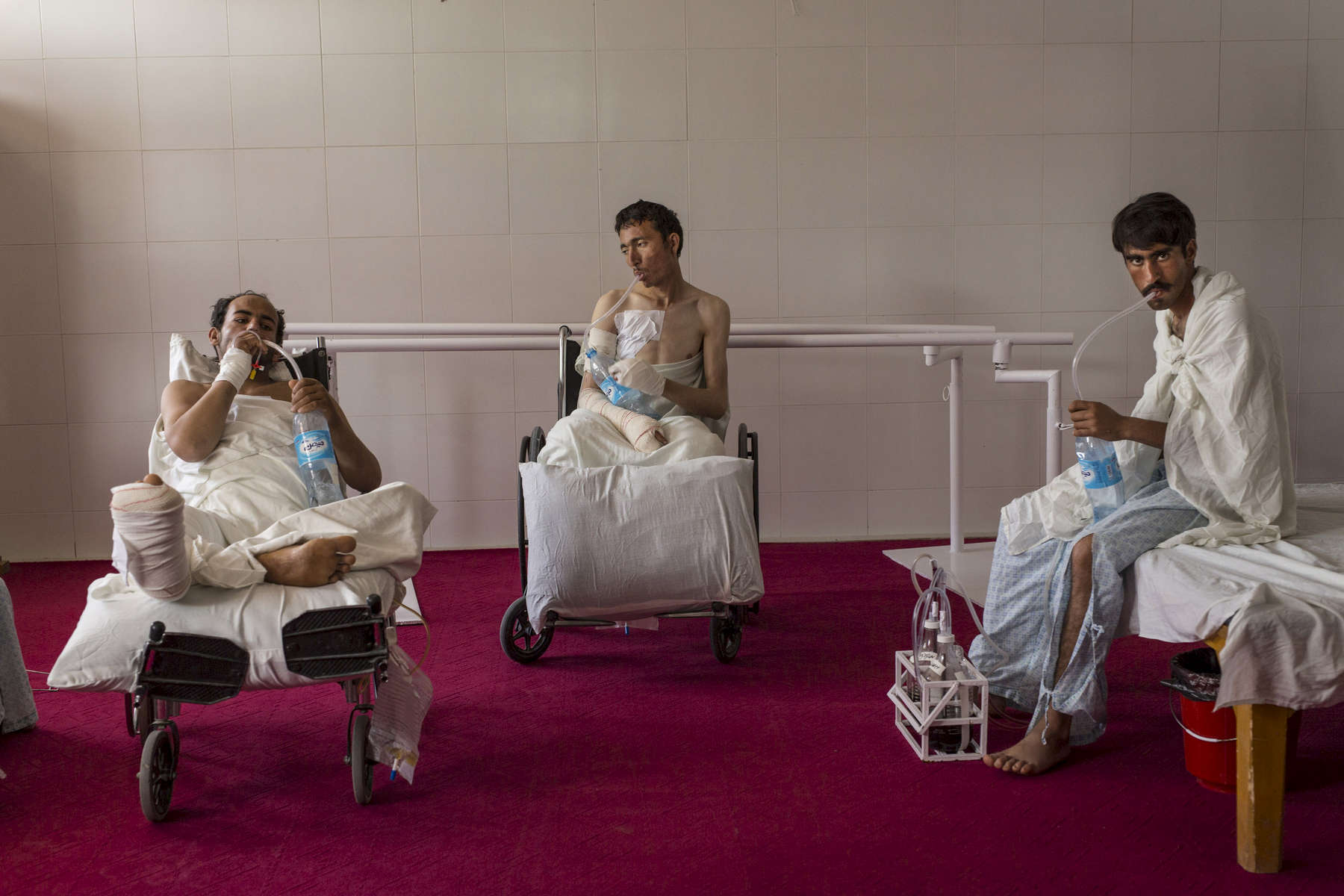 Patients that have chest injuries strengthen their lung capacity with water bottles in the physical therapy room at the Emergency hospital.